MEMBER, bOARD OF DIRECTORS

Michelle has worked in the international world of non-profits for over 30 years. Her specialty is organizational development and the establishment of accounting and internal control systems for non-governmental organizations.

Widely travelled and having lived abroad for a number of years in various countries including Albania, Germany and India, she is experienced in public speaking in  multilingual settings and is able to bring business skills into culturally diverse settings.  Whether through teaching accounting skills in a mud and grass hut in South Sudan, training entrepreneurial leaders in the mountains of North India or reviewing non-profit practices in the Balkans, she seeks to help enterprises and leaders grow in integrity, transparency and effectiveness as they serve their local communities and society. Michelle also teaches as a guest lecturer at Nehemiah Gateway University in Pogradec.

It was during her years in Albania in the late ‘90s where she was first introduced to the expanding and impactful work of Nehemiah Gateway.

She currently lives in Colorado with her husband, Doug, and has three grown children.

Sarah has helped many non-profit organizations grow their programs and capacity through her expertise in grant writing and fundraising. A lifelong writer, she is passionate about using her skills to help organizations that are making a positive difference in the world.

She holds a Bachelor of Arts in Russian Language and Literature from Swarthmore College, and a Master of Arts in Law and Diplomacy from the Fletcher School at Tufts University.

Sarah has lived and worked in Europe, Asia, and the United States. As of September 2020, she lives in the Philadelphia area with her family.

Chairman of the board

Stephen Kaufman is the Chief Technology Officer for BlueSoftware, and has served for ten years as the Vice President of GBA/Nehemiah Gateway USA currently holding the position of the organization’s Treasurer/Secretary. Stephen is an engaging speaker featured at many technology and industry conferences around the world and is a visionary leader able to connect technology enablers to real business and social challenges in an approachable way.

Professionally, Stephen manages all aspects of product strategy, product roadmap, and product development for BlueSoftware LLC. Stephen also brings a passion for assistance to the world's poor through education, sanitation, economic development and access to clean water. He has led training on topics of marketing and entrepreneurial pursuits in Sudan, Ghana, India and the US and has also been involved in assisting with the establishment of microfinance programs in Western and Eastern Africa.

Stephen came to BlueSoftware from Schawk/Matthews where he served as the CTO of this pre-media concern for eight years. Kaufman served multiple terms as Chairman of the Intelligent Packaging Consortium (IPC) which created XMLs standards for the packaging supply chain that evolved into full GS1 standards.

Stephen lives in Saint Charles, Illinois, with his wife and three daughters. 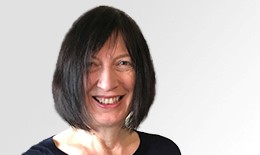 Joanna is originally from the United Kingdom. She and her husband Erik lived for 10 years in the Balkan Peninsula where they were part of the founding and administration of several nonprofits including The Albanian Encouragement Project and the Association of International Missions. It was during this time that Joanna became familiar with the work of Nehemiah Gateway in Albania. While working in the Balkans, Joanna and Erik assisted in the refugee crisis during the Kosovo war. Joanna has a passion for bringing people together of all backgrounds and nationalities and seeing impoverished communities given tools to assist in their development. Joanna is also a certified practitioner of the Myers Briggs Type Indicator and enjoys using the MBTI for team building with a variety of groups and individuals.

Joanna, along with her husband and teenage son, now live in Colorado where she works in administration in a public library district. 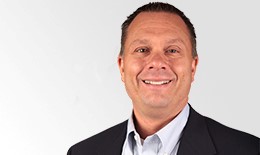 Scott is the Business Development Director in the Healthcare Life Sciences Sector for Plexus Corp, a multi-national corporation.  He received an undergraduate BA degree in Business/Marketing from Trinity International University in Deerfield, Illinois.  He went on to earn his MBA from Lake Forest Graduate School of Management in Lake Forest, Illinois.  Scott has also been the Youth Pastor at his church in Crystal Lake, Illinois for 27 years.  In that role, along with his wife Michelle, he has provided leadership and mentoring to countless numbers of teenagers and young adults.  Scott travels internationally extensively not only for his job, but also by leading youth group outreaches to a variety of countries including China, Albania, Israel and several Central American nations.  He served as school board president for a private K-12 institution for over ten years in Cary, Illinois.  Scott has been married to Michelle for 30 years.  Michelle is a junior high teacher at Rockford Christian School in Rockford, Illinois.  Scott and Michelle have four children and are almost empty nesters with the oldest three in universities and the youngest in his last year of high school.