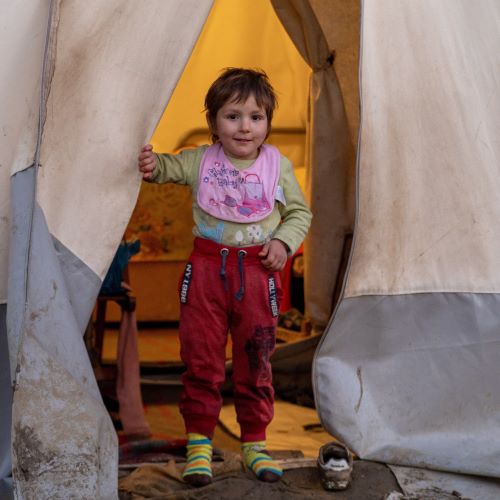 The November 26, 2019 earthquake hit northwestern Albania in the dark hours before dawn, shocking households across the region awake, driving many families out of their homes and trapping others inside collapsed buildings. It was the strongest quake to hit the area in decades and centered near the coastal city of Durrës. Fifty-one people lost their lives, two thousand were injured, and four thousand lost their homes. The tremors continued for weeks.

Nehemiah Gateway Albania, based in Pogradec, has been working with partners in the affected areas to help Albanians recover from the disaster. NG provided support to Tirana-based Emergency Response Albania for food and sanitary items for earthquake survivors. In Durrës, NG worked with Nehemia Durrës to provide temporary shelter for people who lost their homes. And, in the rural village of Peza, we are working with NGO partner Profamilja to help families left without homes after the earthquake. Nehemiah Gateway Albania staff recently visited Profamilja in Peza to learn more about their work with earthquake survivors. 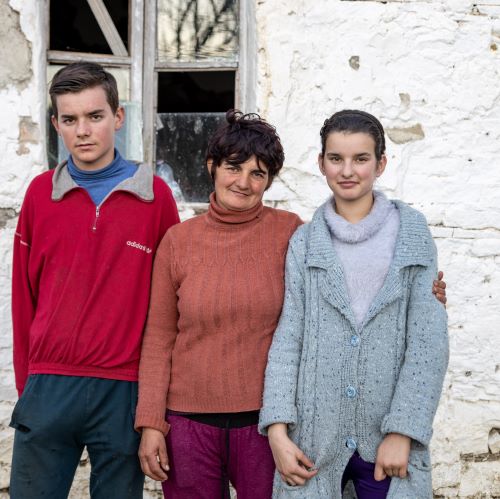 The village of Peza is about 40 minutes by road southwest from Tirana. It has a population of almost 7000 people (according to the 2011 census) and is noted in Albanian history as the site where, in 1942, Albanian resistance groups joined forces in the fight against fascism. This small community was hit hard by the earthquake: the local school was so badly damaged it had to be demolished, and the medical clinic was moved to a new, rented space. Sixty-three families lost their homes altogether and are currently living in tents, in the dead of winter.

When the earthquake hit Peza, Tahir and his family (wife and three children) were at home. They ran outside in the middle of the night, and spent the following hours sitting on the doorstep of their home. The house has since been condemned due to heavy damage caused by the earthquake. Since then, they have lived in a tent and in a temporary living structure provided by the local government. The structure of their house is cracked and unstable, and they avoid it as best they can. Living in tents and containers in the dead of winter is not easy. Cooking is complicated. The air is cold and damp, and basic hygiene is an ongoing challenge. Their family has struggled staying healthy in these conditions.

Naim’s family also lost their house in the earthquake. Although the tent they now call home holds a small stove, their children, ages 4 and 7, have struggled to stay healthy. The cold and damp of Albanian winter challenges the immune system—especially in circumstances where it is so hard to keep clean. When the NG team visited, one of the children had been sick for almost two weeks and had a high fever. 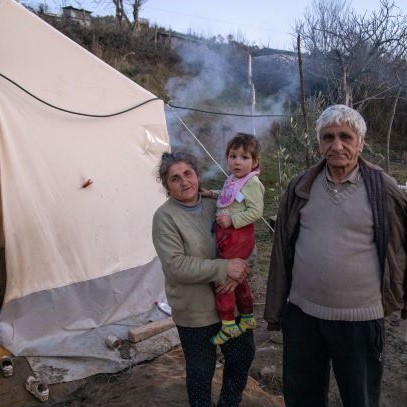 Among homeless earthquake survivors, these difficulties are all too typical. In winter, nighttime temperatures are below freezing, and the rain and snow are cold. In Peza, many of the people hardest hit by the earthquake were already living in poverty. The earthquake turned difficult situations into desperate ones, and desperate situations into emergencies, easily overlooked in a disaster of this scale. 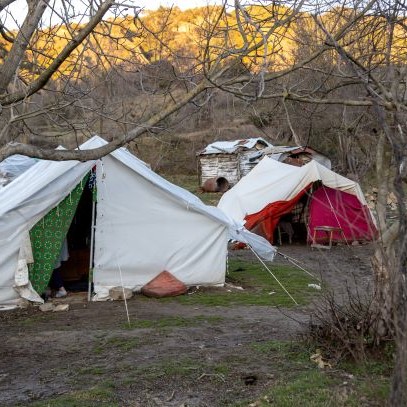 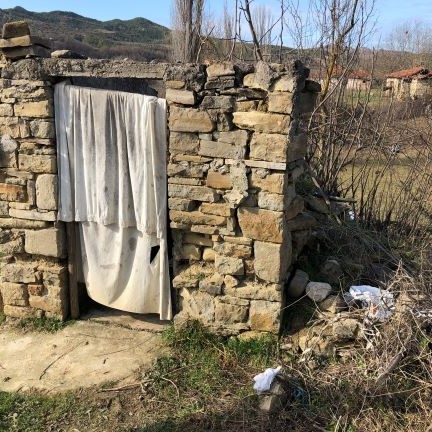 Nehemiah Gateway is partnering with Profamilja, a small Albanian NGO based in Peza, to bring relief to earthquake survivors like Tahir and Naim’s families. Since the earthquake, ProFamilja has worked with volunteers to supply tents for all sixty-three families, disbursed ten tons of food packages, distributed 1,700 blankets, worked with World Central Kitchen to serve 25,000 hot meals, and provided 100 pairs of shoes to school children in need. At this time, Profamilja is starting to help people rebuild their homes. In the meantime, the need for tents and bedding is ongoing.
Nehemiah Gateway donors were quick and generous in responding to the emergencies created by the earthquake. The Global Giving Foundation awarded a grant of $15,000 for earthquake relief, while individual donors worldwide contributed an additional $10,809. These donations made it possible for Nehemiah Gateway Albania to offer robust support to Emergency Response Albania, Nehemia Durrës, and Profamilja. You can still support their ongoing recovery work at https://www.globalgiving.org/projects/aid-for-albanian-earthquake-survivors-1/