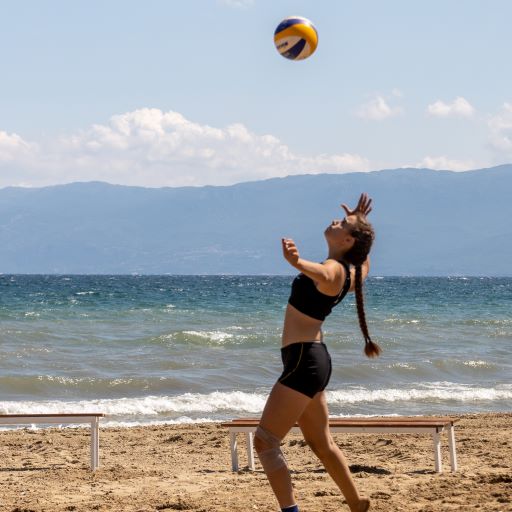 Klea Kodra graduated from Nehemia School this summer, and will be playing volleyball at the University of Tirana this fall

If you have been to Pogradec in the summer, you have probably seen young beach volleyball players practicing and competing. Since 1995, husband and wife team Odeta and Llazi Kerxhalli have coached girls ages 6-20 in beach volleyball every summer on the shore of Lake Ohrid. Teams they have coached have been nationally and even internationally successful, and today many of the girls they coach are the daughters and nieces of earlier generations of players. 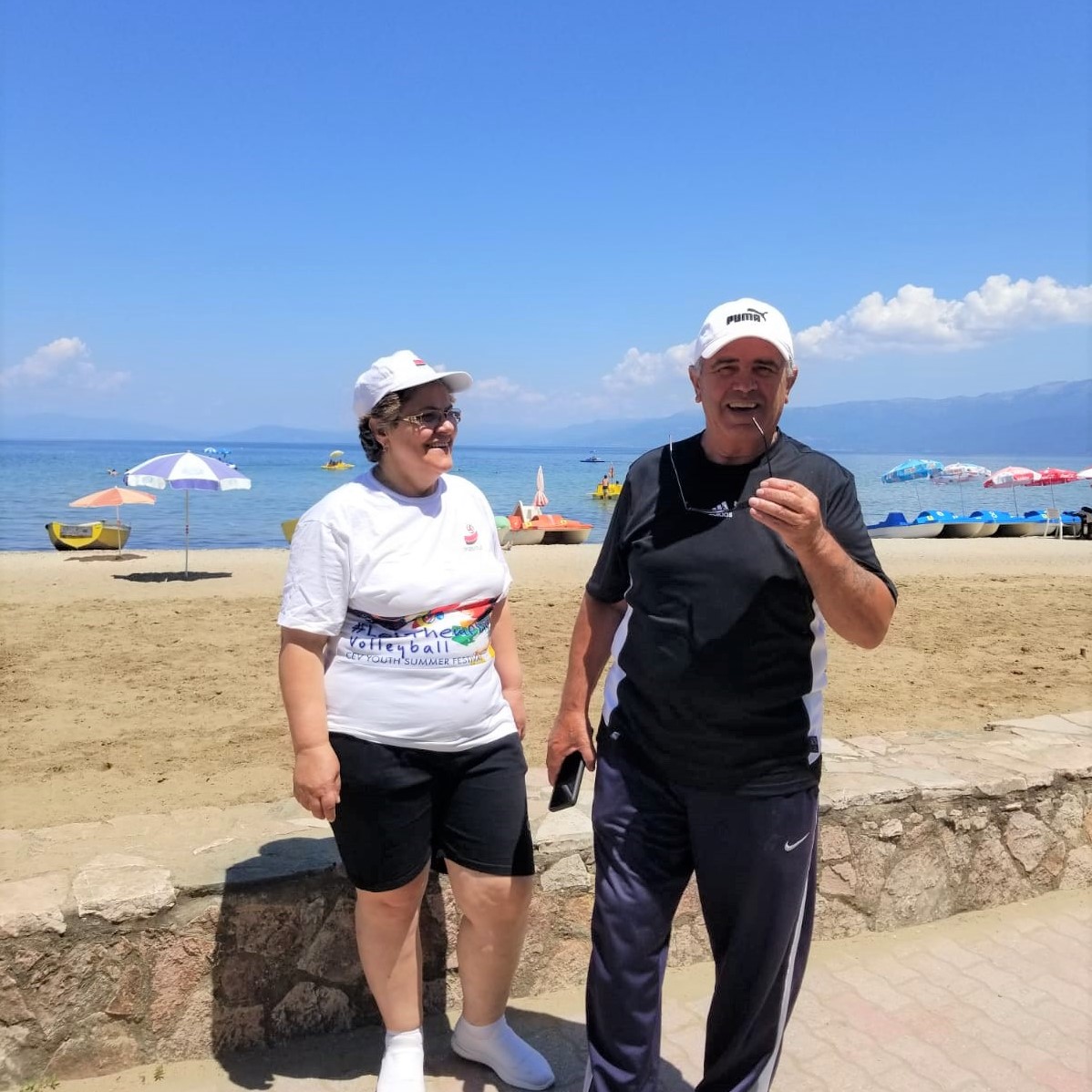 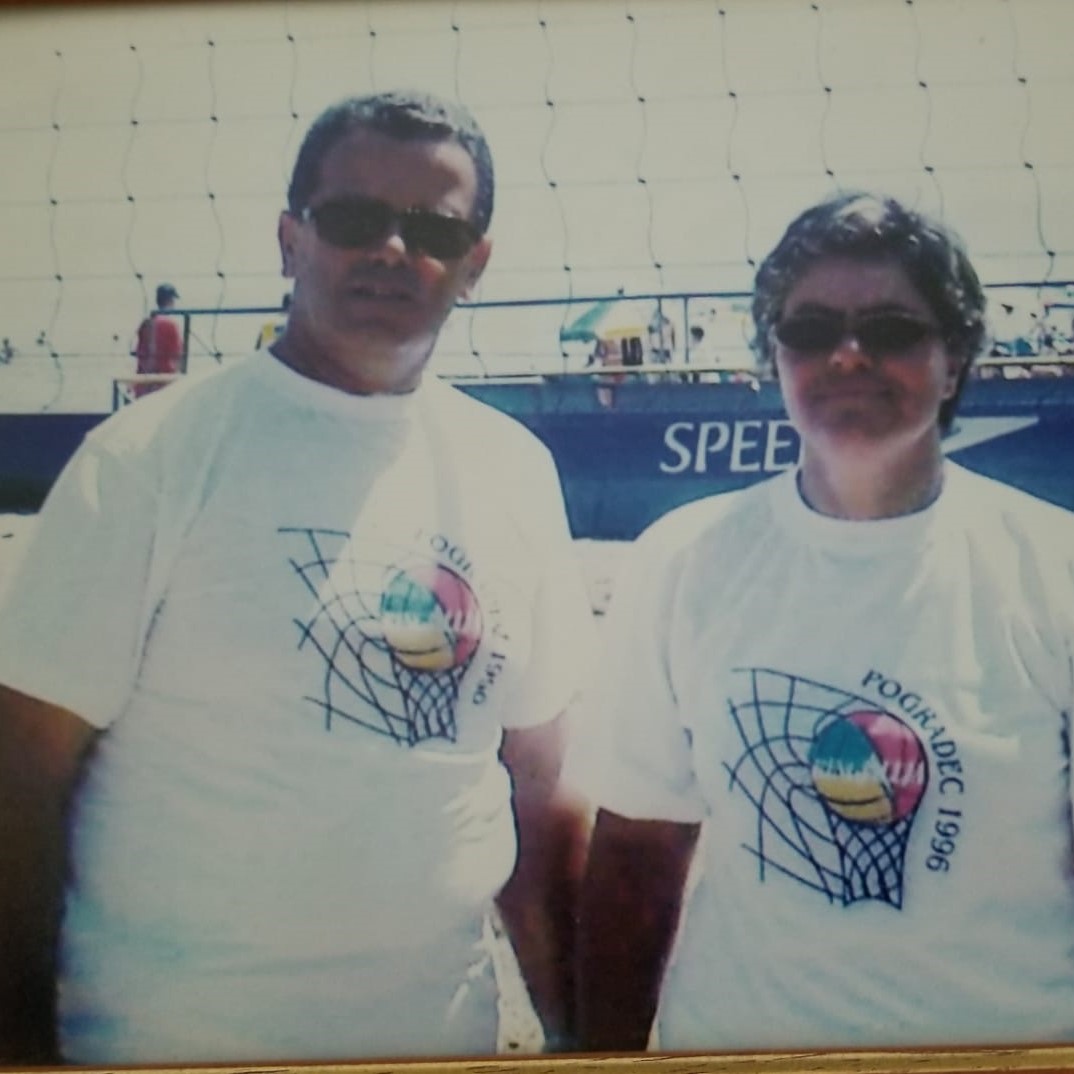 Llazi and Odeta Kerxhalli in 1996, when girls they coached were Albanian national champions.

Retired high school physical education teachers, the team is a labor of love for the coaches Kerxhalli. “A lot of society’s problems would be prevented if more teens played sports,” Coach Llazi says. “It’s a good place for them to put all that energy.” The team trains year-round for success in the summer. 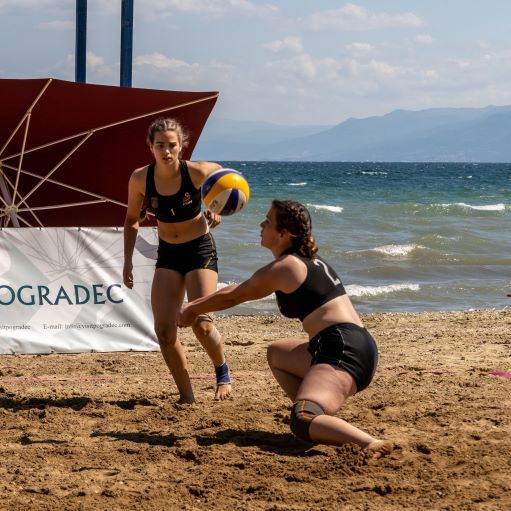 Klea Kodra and Joana Ruho competing in a tournament in Pogradec this summer.

There are usually a few students from Nehemia School in the group. This year, there are four, including Klea Kodra (pictured, with the long braids), who will be playing volleyball at the University of Tirana next year. 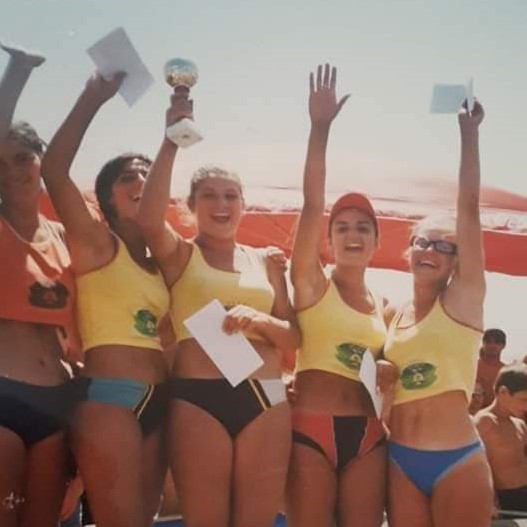 This team has a history of success. Teams coached by the Kerxhallis won the national championship in 1995, 1996, 1997, swept first and second in a Balkans-wide tournament in Pogradec in 2004 (pictured). The 1995 and 1996 teams would have represented Albania in the European championships but lack of funding prevented them from participating.

In June 2022 Llazi Kerxhalli was honored by the Pogradec Municipality with the title of “Pride of the City.” In his 70s, Coach Llazi has no intention of retiring any time soon.