A young swimmer works on his kick at the lake.

There has never been a swimming pool in Pogradec for competitive swimming. But who needs a pool when you have a lake? Competitive open water swimming has been around in Albania for a long time—the first National Swimming Championship took place in the Adriatic, in Durres, in 1931. Training in fresh water can offer a training advantage, as swimmers are less buoyant in fresh water than in sea water Over the years, Pogradec has produced many record-breaking swimmers and impressive competitors, including Todi Dhami, who got a gold in 1931 in the 400 free, and Agron Rivina and Liliana Busho, both of whom earned the designation of Masters in Sport in swimming for their many victories.

The Pogradec Swim Club has been around for almost 100 years. Pre-WWII, it was called “Dragoi” (Dragon)—referencing imagery from the ancient Illyrian tombs near Pogradec. Under communism, the team name changed to Ylli I Kuq (Red Star) and now it is the Sport Club of Pogradec. Jovan Kreste coached many young swimmers in the lake in the summer in the 70s and 80s, bringing Pogradec many trophies. Team members were even invited to train with the Chinese Swimming Federation in those days. (The trip ultimately fell through when the communist government in Tirana attempted to substitute a spy for Coach Kreste.)

Coach Kreste's 1970 swim team. Many of the trophies and photos from the swim team were destroyed during the 1997 civil unrest.

Coach Jovan Kreste, who trained a generation of Pogradec swimmers to excellence.

Coach Kreste was the father of my friend Lindita, who is now a successful cardiologist at the University Hospital in Tirana. She comes home every weekend in summer to swim in the lake. "I grew up among the swimmers and accompanied my dad in all exercises and races of the team.” She says, ”But I have never been a member of the swimming team. Since then I have the feeling that me and the water are part of each other, and cannot live without." There is a red balloon in the lake which shows the swimmers limit, she reaches it any time going into the lake. As a medical doctor she says that swimming involves entire body and brain exercises and is perfect for all ages. 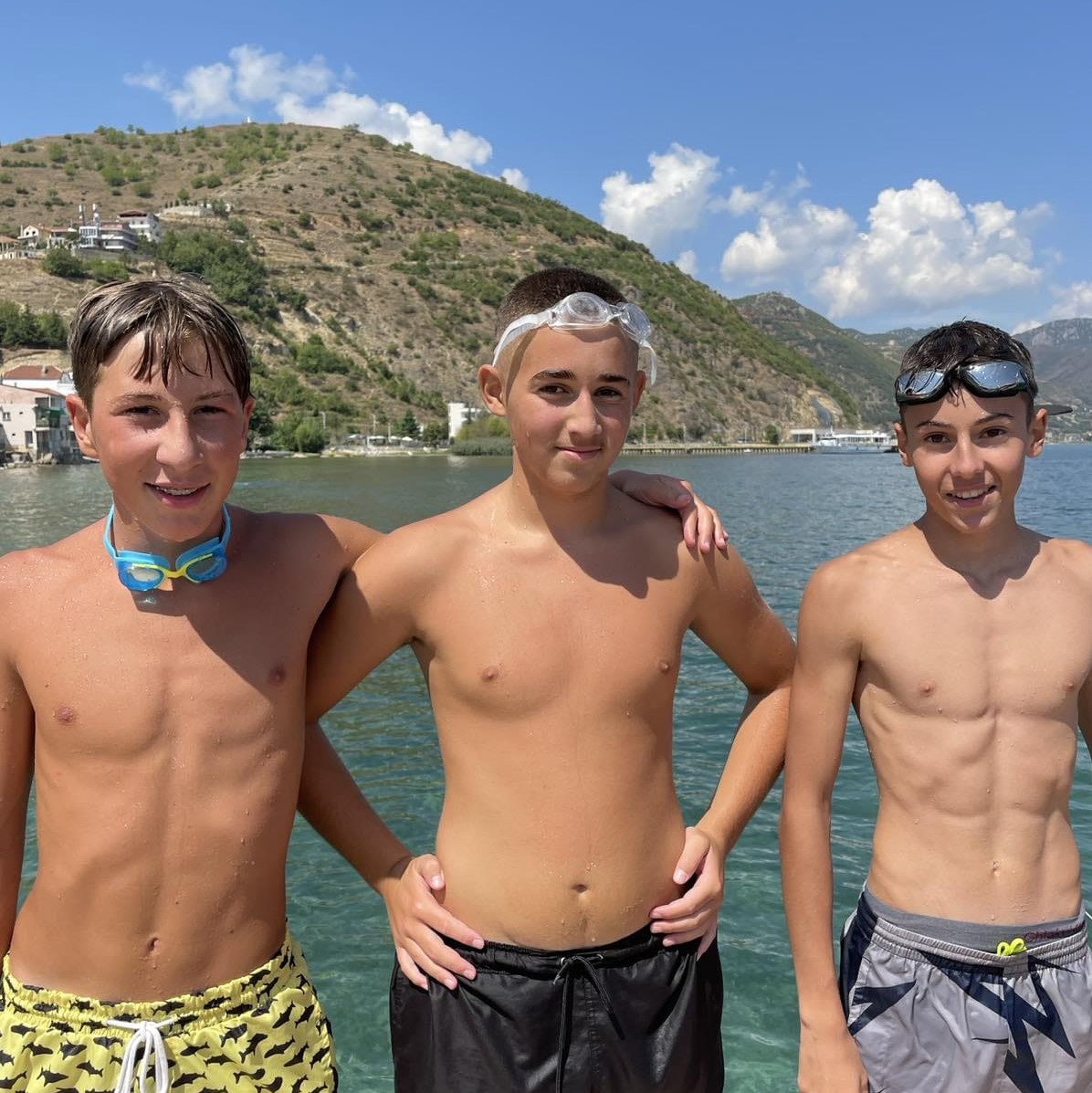 In Pogradec, the family of the late Agron Ruvina has organized an annual “Swim Marathon Agron Ruvina,” which will take place later this summer. On the Macedonian side, Ohrid has its own international swim marathon that takes place every August, attracting competitors from all over the world. All in all, Lake Ohrid is a great place for swimming. 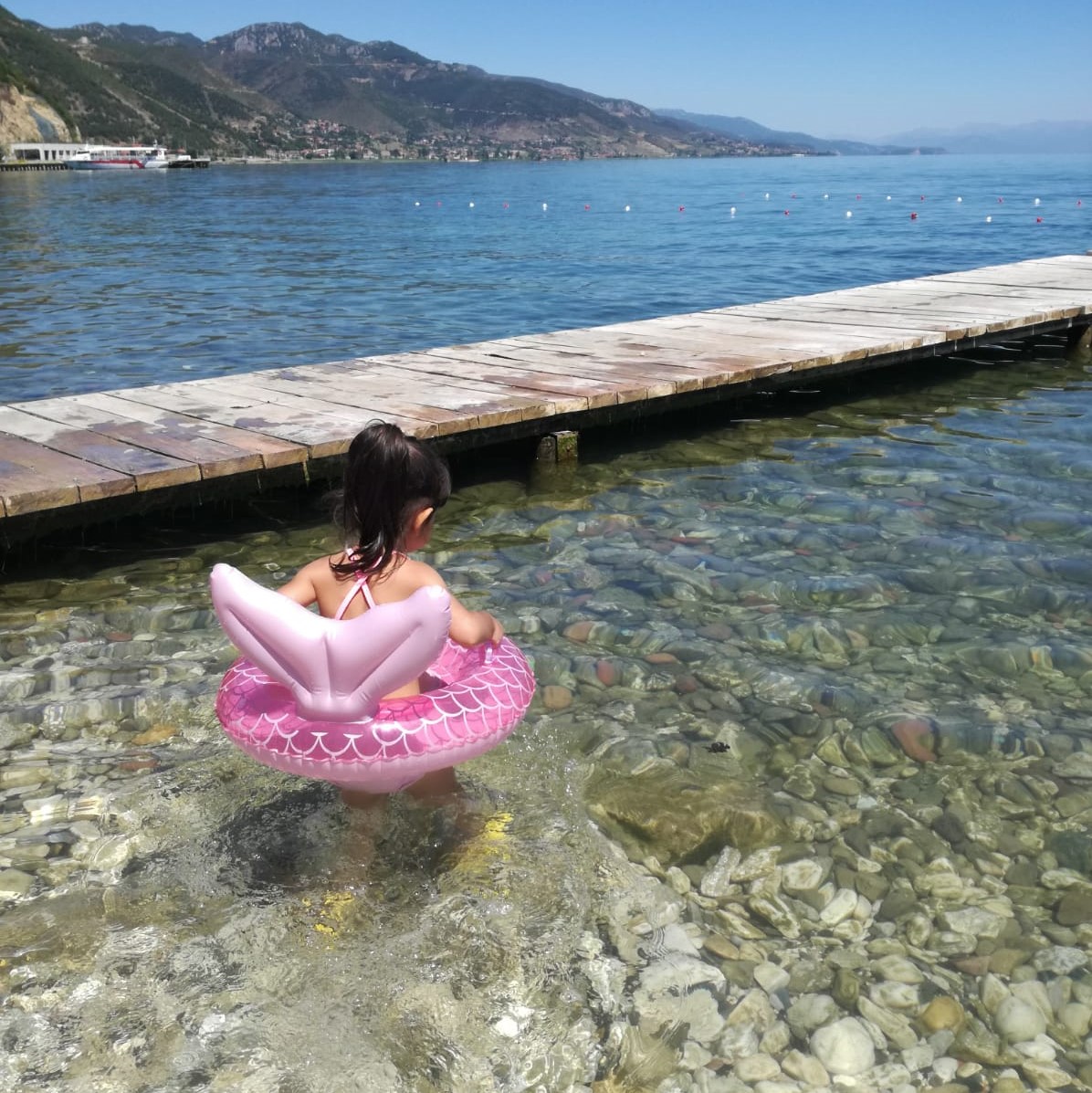 The next generation of Pogradec swimmers?