A part of the vision statement of Nehemiah Gateway is to learn to love our neighbors as we love ourselves. You’d be hard-pressed to find a better example of that than what the coworkers of NG have been able to do this Christmas season.

Following a request for a washing machine from the Teço family, a client of the Social and Medical Improvement project living in the remote village of Niçë – about a two hour drive from Pogradec – the minds of coworkers started churning to figure out how this family could best be helped. A family consisting of 10 members, five of them are children, the mother and father (who are suffering from mental illness), the uncle, and the grandparents. The grandmother takes care of the whole family, which lives on an income of about $75 (70 Euros) per month. Many cannot fathom the reality of village life in Albania. Even those living a mere 17 miles (28 km) away in Pogradec.

The decision was made to raise money internally rather than appeal to the wider donor base. To ask the coworkers of NG to come forward and contribute what they could. The result was awe-inspiring. Donation after donation poured in, clothes, toys, cooking appliances, food, and of course a washing machine.

In order to deliver the donations before the road became impassible due to snow, two 4WD Mercedes and four coworkers loaded up on a brisk January morning and started the drive. The one lane road was frozen at first, but as the sun lifted higher into the sky, the ice melted causing the road to turn to mud. Other than some deep puddles and a couple tire slips, the group made it to Niçë.

It was hard work carrying a washing machine, multiple cardboard boxes, a small electric stove, and a wood-burning oven up the narrow, slippery path to the Teço’s house. However, the heavy-breathing and the tired arms were immediately forgotten when seeing the look on the faces of the children as they opened their Christmas gifts: New hats, winter boots, books, dolls, and so much more.

This family that has so little, was blessed so much by the generosity of the coworkers of Nehemiah Gateway. The point of telling this story is not to self-congratulate, but rather to share a triumph that NG sees time and time again. The generosity of outside donors loving their neighbors, now allows coworkers to follow in the footsteps of the donors in their generosity and loving their own neighbors.

Our Communications Director, James Leithart, created a video for his personal YouTube channel about the experience. If you'd like to view it you can watch it by clicking here. 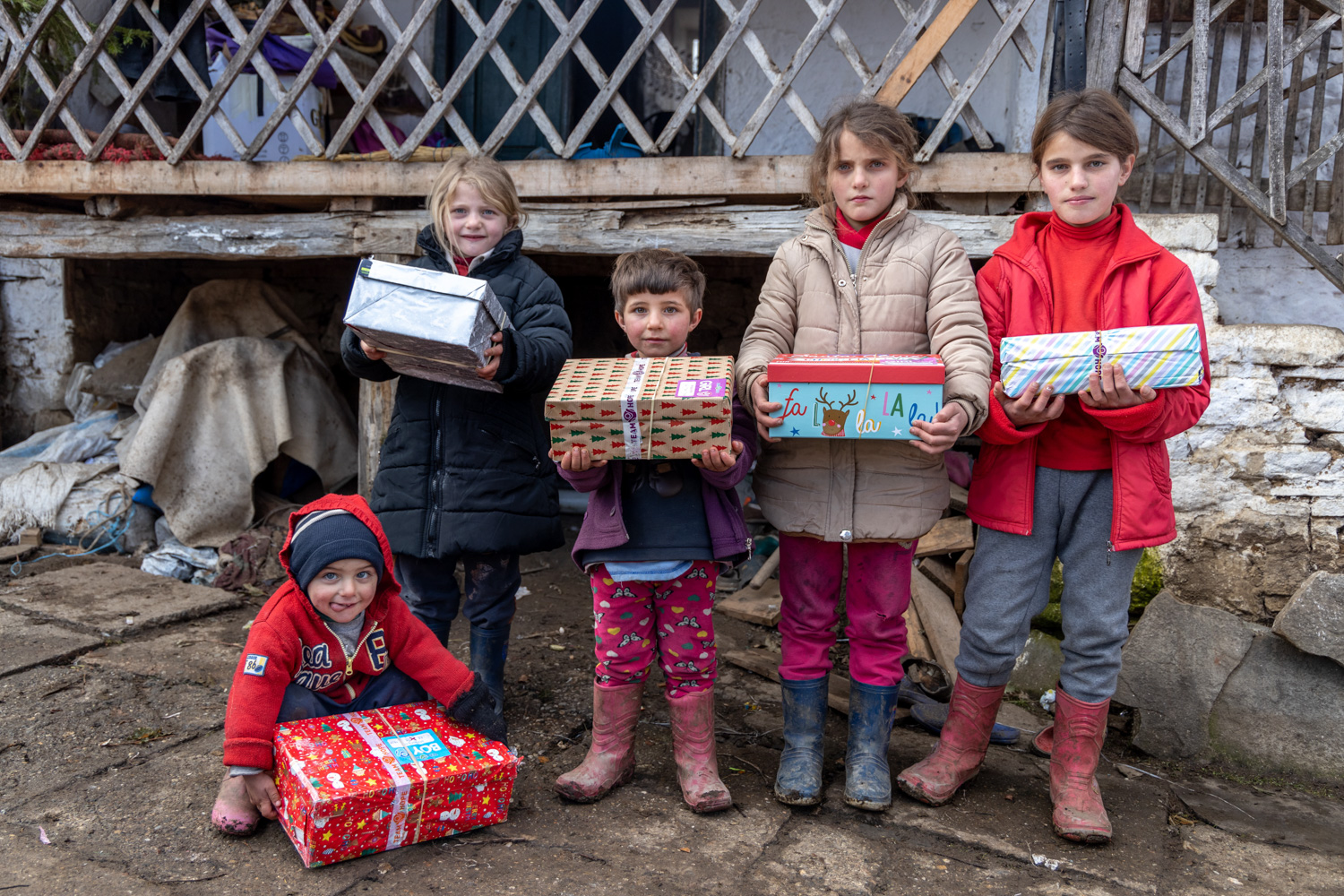